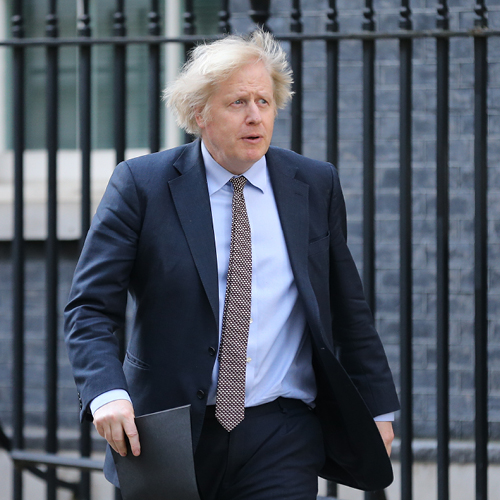 Following the unprecedented movements across markets in 2020, 2021 has a lot to live up to if it is to stand any chance of being any more than an after thought in the history books.

With the world seemingly on an upward trajectory towards some form of normality after the pandemic, the UK and Europe finally putting pen to paper on a Brexit agreement, and Donald Trump’s volatile presidency coming to an end, investors may have been hoping for a return to relative normalcy and sanity in markets in 2021.

While in the first six weeks of the year it seemed as though this may be the case, mid-February proved a turning point for investors as they attempted to quantify the real economic fallout of the world reopening after lockdown.

The pandemic recovery remains high on the agenda, and it will likely still be some time before we can write any form of market commentary without its mention.

Governments and central banks around the world continued with their rhetoric of doing ‘whatever it takes’ to help their respective regions come out the other side of the pandemic as unscathed as possible, both economically and socially.

The UK government announced a fresh £4.6bn COVID-19 relief package, with Chancellor Rishi Sunak announcing that firms in retail, hospitality and leisure would receive one-off grants worth up to £9,000 each to help weather the latest lockdown.

There was also a £594m discretionary fund to support other impacted businesses that were not eligible for the grants.

In his budget in mid-March Sunak announced an additional £65bn of support would be provided for the economy and that income tax thresholds, inheritance tax, pensions lifetime allowances and annual capital gains tax exemptions would be frozen for the next 5 years.

On other aspect of note in the budget was the rise in the headline rate of corporation tax moving from 19% to 25% in 2023. However, smaller firms will be exempt as the tax increase will only apply to company profits about £250,000. 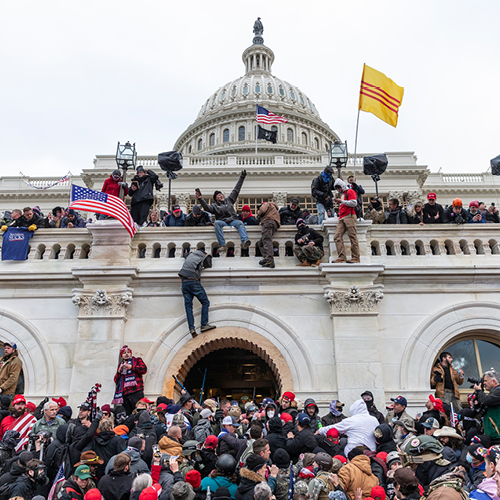 In the US, the drama of earlier January’s riot at the Capitol building following an incendiary speech to his supporters, which sadly resulted in five people losing their lives, was largely overlooked by markets, with the focus being placed firmly on the $1.9 trillion economic support package that President Joe Biden was hoping to deliver.

With the Georgia run-off elections falling in favour of the Democrats, the party now had control of both houses of Congress, which should provide less resistance to Biden’s policies.

Alongside work on the fresh stimulus package, President Biden signalled American’s return to a multilateral approach on key issues such as re-joining the Paris Accord and remaining part of the World Health Organisation.

He also unveiled a COVID-19 vaccination plan aiming to deliver 100m shots of the vaccine in his first 100 days in office.

While there remained some roadblocks in Biden’s support package being delivered in full, the $1.9 trillion COVID-19 relief bill finally cleared its final hurdle on the 11th March, exactly one year to the day that the World Health Organization declared COVID-19 a pandemic.

Many cited this package as a potential driver of inflation, but newly appointed Treasury Secretary Janet Yellen dismissed fears stating that prior to the current crisis the unemployment rate in the US was about 3.5% and that there was ‘no sign of inflation increasing’.

Yellen also stated that before the pandemic inflation was already ‘too low rather than too high’ and even if there were signs of inflation, they had the tools ‘to deal with that’.

It was concerns over rising inflation, and the potential central bank response, that caused panic in markets in the second half of the quarter. 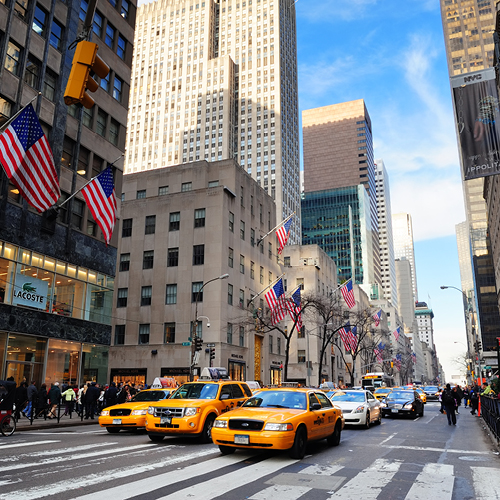 The combination of global economies reopening, increasing demand and low interest rates saw bond yields spike, causing havoc in parts of the market, almost exactly a year to the day since the initial pandemic sell-off.

The pain was particularly prominent in long dated bonds and growth stocks, both of which have been beneficiaries of the low interest environment and would be impacted the most should central banks begin to raise rates.

A degree of inflation is certainly expected (and in some cases welcomed) as a result of lockdowns easing, but sentiment remains divided over how sustained this inflation will be.

Naturally, a sustained period of higher-than-expected inflation could warrant the increasing of interest rates which is a particularly frightening concept for equity markets considering the levels of debt around the world.

As inflation concerns grew – all eyes were on central banks who initially seemed reluctant to comment. However, officials were left with little option but to acknowledge that despite inflation levels increasing - in most cases they were not concerned or alarmed and would not be responding by raising interest rates.

Chairman of the Federal Reserve Jerome Powell said that the US economy was predicted to grow at a faster rate than initially thought in 2021, but that rates were likely to stay near zero through 2023.

He did, however, caution that higher inflation is on the cards, but it should only be temporary and therefore not warrant a shift in policy.

Bank of England governor Andrew Bailey said he expected inflation to approach the Bank’s 2% target in the next few months, but that he was cautious about whether the trend was sustainable amid continuing economic uncertainty, adding that the Bank was nowhere near being ready to raise interest rates.

Despite all concerns to the contrary March saw official inflation data continue to come in below expectations in both the UK and the US, with UK consumer price inflation rising by 0.4% and core US inflation rising just 1.3% annually. 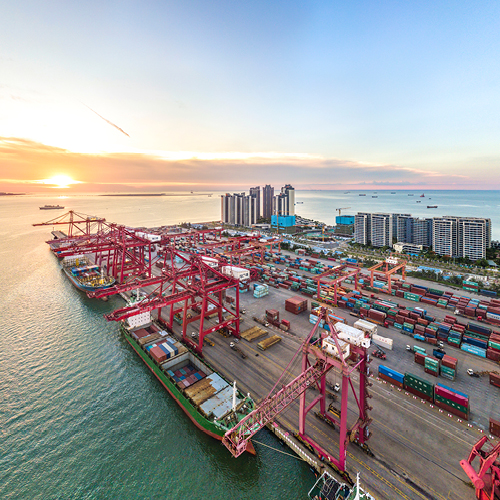 Over in China, the country’s sharp rebound from the coronavirus pandemic was confirmed as it emerged the only major economy to expand in 2020, posting a gain of 2.3%.

More recently, China’s economic data has been mixed with manufacturing expanding at a slower than expected pace as rising costs put pressure on hiring of workers. However, many workers who could not travel home for the Lunar New Year returned to factories earlier than usual, which should support activity in the near term.

Wider Emerging Market countries continued to mainly recover as their attempts at stemming the virus’ spread were proven to be more successful than many Western regions. However, a strengthening US Dollar and a rotation away from technology/growth focussed areas has hampered returns within the region in recent weeks.

In Japan, the Nikkei index rose above 30,000, a level it has not traded at since August 1990, thanks to stronger than expected economic data.

The Bank of Japan also held its interest rate and asset purchase setting which was as expected ahead of the next policy review. 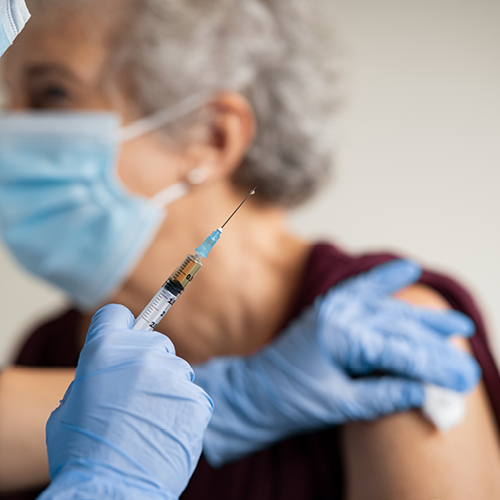 The global vaccine rollout continued apace, but not without its issues. Some doubt was cast over the safety of the AstraZeneca-Oxford COVID-19 vaccine amid fears it could cause deadly blood clots. Many European nations suspended its use, but the World Health Organisation and the European Medicines Agency reached a “clear scientific conclusion” that the vaccine was safe, with suspensions being subsequently lifted.

Italy blocked 250,000 doses of the Oxford-AstraZeneca vaccine slated to go to Australia – the first such intervention since the EU introduced rules governing the shipment of vaccines to countries outside the bloc. Officials said Brussels did not object to the decision and French Health Minister Olivier Veran said France might also block vaccine shipments abroad. An EU summit in late March saw leaders give their backing in principle to toughening vaccine export controls, but stopped short of introducing a total export ban, which had been touted.

While the quarter has not been without its controversies and concerns, we must remember how far we have come since the sheer blind panic that set in across markets just 12 months ago as we mark the anniversary of the pandemic taking hold of the globe. Inflation concerns have caused their fair share of concern this quarter and we should not come to any assumptions that the world is out of the pandemic woods just yet, but governments and central banks continue to make the rights noises in regard to helping economies continue to ride out the bumps in the road and we remain hopeful that this can continue until such time as they can begin to support themselves unaided… whenever that may be.